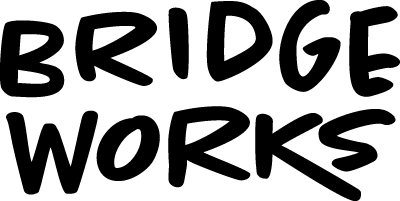 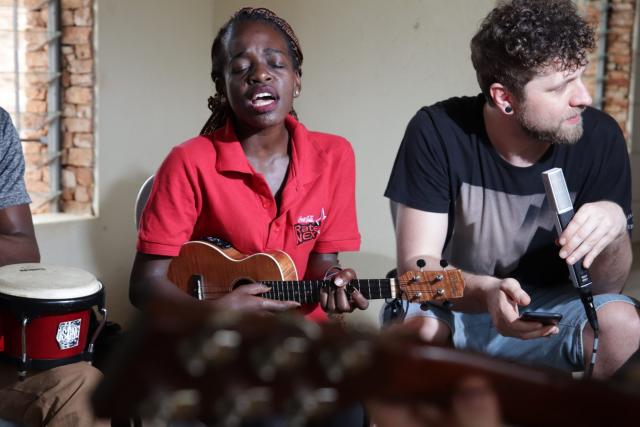 All German facilitators and the team were able to travel to Kampala a few days earlier to meet with the Ugandan partners and schedule the art-lab. The Ugandan side was responsible for choosing the topic. Thus, with much patience and knowledge the German facilitators were incorporated on the topic "Womanhood" and the 3 sub-themes "Entebbe Killings", "Momdads" and "drug abuse in the art scene". Content was discussed, approaches discussed and detailed procedures created. Differences and similarities of the topic in the two cultural contexts were elaborated and discussed in an account. At the end, a detailed schedule of the next two weeks and the stated goals of the project was written down.On Sunday, the German participants arrived and on Monday morning the art-lab was officially opened.

The first week we spent with the generation of content. The participants created individual monologues which served as the foundation for the rest of the week. Based on this basic choreographies, pieces of music and in the theater department longer monologues on the subject were worked out.On the participants' side, the mood was very good, the energy was impressive and the creative output was very high.At the end of the first week, successful working relationships and friendships had been established.Saturday evening and Sunday were free. Some German and Ugandan participants and facilitators made their way to Jinja, some visited the source of the Nile. Others stayed in Kampala over the weekend or did a short safari.

The second week was used to refine the created solo scenes and to try out first group scenes. The individual elements were arranged thematically in order and condensed more so more to a performance.On Friday evening we presented excerpts of the piece on the roof of the "Goethe-Centre". As part of the platform dia-log, we discussed our approach, presented bridgeworks as an organization, and discussed controversially with the audience about "Woomanhood" in Uganda and intercultural ways of working. There were about 80 people in the audience. On Saturday evening, the premiere took place in "Theater La Bonita", an old, run down but cozy cinema with a very idiosyncratic lighting technology. The premiere went very well and was seen by about 300 people. On Sunday afternoon there was a performance for all ages in a slightly shortened version in the "Sharing Youth Hall" in front of about 150 people.

Then the first art-lab was officially ended.

It should not go unmentioned that the implementation of our pilot project involved a total of 45 people, without whom it simply would not have been possible. Whether on, behind, next to the stage, in front of computers or at meetings of the association, at meetings on site and crisis talks, in rain (Germany) and in sunshine (Uganda). In short: We have made it and thus here, to us, to you, to all: Thank you very much!

At the bridgeworks art-lab 2018 in Kampala, guided by the musicians Kaz Kasozi, Peter "Pete" Stöcklin and Sebastian "Baf" Scheipers, six wonderful songs were created by the participants. Through recording equipment which Pete and Bad brought to the art-lab, these songs were professionally recorded directly at the art-lab.
Pete and Baf took these recordings to Germany and mixed and mastered them. bridgeworks is now proud to announce: The songs are finished and released digitally on all popular online services. At the same time, bridgeworks produces a CD that is distributed to all participants, sponsors and friends.

23 plus us
Patrick Richardt, Sebastian Kölbl

For the documentation of the first art-lab 2018 in Kampala bridgeworks brought a special documentary filmmaker: Patrick Waldmann.Born and raised in Düsseldorf in 1973, he studied film and television at the Dortmund University of Applied Sciences. After completing his diploma, he first gained experience as a cameraman in music videos, feature and documentary films with the directors Esther Gronenborn, Christoph Schlingensief and Günther Wallraff. Today, he works both for commissioned production for Arte and the WDR in the field of reportage and documentary film, as well as commercial productions. 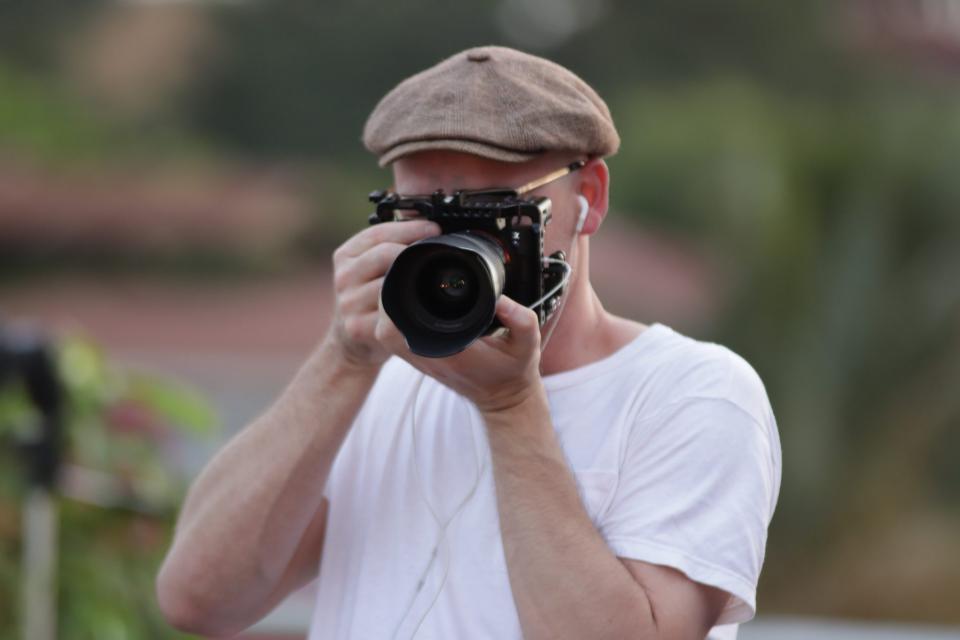 After Patrick accompanied the art-lab from the first to the last day, he viewed the material in his studio and initially produced a short trailer of the art-lab, the long version, a small documentary of art-lab Kampala 2018, has now been created.This documentary provides a good insight into how bridgeworks performs and shows the atmosphere and energy of those involved on site, from the first meeting to the performance of the workshop results at the La Bonita theater in the heart of Kampala.